Bromeliads make fantastic indoor plants. They’re hardy, they don’t need a ton of work to take care of, and if you’re lucky, they’ll fully grow and replace their dead pieces every year or two. But they do require some help to keep them healthy and happy.

Below are 8 steps to keep your Bromeliad in good shape.

Most Bromeliads are actually great houseplants, but some are definitely better than others. When picking your bromeliad, the most important thing to think of includes how the plants will look. However, if your home is in a place that is especially cold or especially humid and your home has poor climate controls, you’ll need to consider whether the bromeliad can even survive there.

Here are some bromeliads that are especially well adapted to indoor life. If you already have a plant in mind, go ahead and move on to the next step.

Aechmea: Aechmea comes from the Greek word for lance and is named for its spear-like shape. A favorite of interior decorators across the US, it makes a striking figure wherever it’s placed. It thrives in indoor environments especially when taken care of well. Make sure it gets plenty of light!

Ananas: The Ananas is the plant from which pineapples are grown, and you can in fact grow one in your very own home! The great thing about this Bromeliad is that you get a delicious fruit to go with it. It’s really no more well-adapted to indoor living than any other bromeliad, but the fun of growing your own pineapples is, in my opinion, its own reward.

Guzmania: Guzmania are incredibly cool plants. They come in a huge variety of colors and do fantastically in indoor environments. They love bright light, but they don’t like direct sunlight, so finding a place for them might be a creative challenge. It’s absolutely worth the trouble though, as they are some of the most strikingly beautiful plants in the world.

Cryptanthus: Cryptanthus are great plants because they’ll bloom for pretty much the whole year if they like where you’ve put them. It may take a little while to find that sweet spot, but once you have it this is a fantastic houseplant that will reliably look great. They might like partial shade or bright filtered light, it will take some experimentation to figure out which.

Hechtia: There are over fifty variants of Hechtia plants, and all of them are hardy desert plants that can withstand huge dips or jumps in temperature as long as things get back to their normal 60-80 degree range eventually. Hechtias look great next to their fellow desert plants like succulents or cacti, making them perfect for a desert-themed home.

Making sure your bromeliad has the right environment is critical to its growth. Bromeliads like to have fairly shallow pots filled with fast-draining soil that will be able to help them keep fairly dry. The material of the pot you use is also pretty important, as plastic pots tend to keep water in and clay ones tend to let it out.

Some bromeliads are also what’s known as an epiphytic plant, which means that they attach to things like old logs and rocks rather than soil, and take most of the nutrients that they need from the air. This is the reason that they need to be planted in a relatively loose medium. Never plant your bromeliads in traditional soil, as it is too dense and can make it hard for them to establish themselves.

3) Find a Spot With The Right Light

Bromeliads are extremely varied in their preferred light levels, especially when kept indoors. Finding a spot with the right amount and kind of light can be kind of difficult, but it will also make it that much easier for your bromeliads to grow.

Generally, you’ll want to follow any instructions that came with the plant on this point. Because each genus of Bromeliad is so different, it’s impossible to explain all of their light preferences here. However, it shouldn’t take too many searches to figure it out for most plants.

4) Keep The Humidity in the Right Zone

Bromeliads like to have their humidity at about 60% pretty much all the time. If you live in a dry part of the world, that’s something that you’ll need to account for when planning their space.

There are several ways that you can control the humidity in only one room of your home. If it’s in the budget (or you already have one), you can run a humidifier near where your bromeliad is growing.

You could also surround your bromeliad with other plants, which can also help raise the humidity in the localized area near the plant. This is a great solution if you have other plants that like it to be a little more humid and need similar amounts of light to the bromeliad, although you have to make sure that those other plants are in places where they can thrive too.

If you only want to increase the humidity in the area closest to the bromeliad, you can set up a humidity tray. All you need is a shallow saucer and some rocks. You’ll fill the saucer with either decorative stones or pebbles and fill it to just above the level of the rocks.

You can either put this tray close to the plant or you can put the pot on top of it. Just make sure that the pot isn’t in the water, as that could keep the roots of the plant wetter than it would like and cause root rot.

You can also mist the plant every once in a while, which is an easy solution that can become a relaxing routine with time.

Most bromeliads are desert plants, which means that they are fairly easy to overwater. Whenever you water in the pot, you should make sure that you use enough water that water runs out the holes in the bottom. This helps keep the soil salt-free. Once you’ve watered the plant, wait to water it again until at least the top two inches of the medium are totally dry.

Many bromeliads also have what’s known as a tank on top of the plant. The tank is a small dish formed from leaves that are meant to collect rainwater. Fill and flush it regularly to keep the water from getting stagnant.

Never water your bromeliad with a metal watering can or bucket, as bromeliads hate metal, and coming into contact with it could cause serious long-term damage to them.

Bromeliads actually pretty rarely use their roots for feeding in nature. Because they tend to grow off of trees in midair, they actually take on most of their nutrients through their tank. In fact, the tanks often act like something of a mini-compost pile, with plant and insect matter falling into them and decomposing. The water that collects in the tank becomes a medium through which the plant can take in those nutrients.

Because of this, the best way to fertilize them is to give them a little bit of half-strength liquid fertilizer in the tank during their growing season. Don’t apply any kind of solid fertilizer to the tank and never give the plant fertilizer when it isn’t growing, as both of these things can cause the plant to sustain serious burns.

However, if your plant has a strong, healthy, root system, you might be able to feed it a bit of solid fertilizer by spreading slow-release pellets thinly across the medium at the beginning of the growing season. Bromeliads still can take nutrients in through the roots, it just isn’t how they usually do things.

Bromeliads grow new leaves out from the center of the plant. When there’s no space for new leaves to grow, that’s when they start to flower. Now, pruning the leaves will do nothing to help the plant live longer and you shouldn’t do it. However, since the flower can grow for a long time it can sometimes start to get a little bit ugly.

This step is less for the good of your plant and more for your own sense of aesthetic. If you choose to cut the flower down to size at some point during the plant’s life, you need to know how to do it safely without harming the plant.

You’ll want to use a pair of sterilized pruning sheers. This is important, as cutting into the plant always risks introducing some infection into its system. When you do cut it back, you’ll want to go as far back on the plant as you can without hurting the rest of it.

Of course, you don’t have to do this. The plant will be perfectly happy continuing to produce its flower. It’s your choice, and as long as your careful the plant will be fine either way.

When the bromeliad is done growing, it will channel its energy into growing pups, little copies of itself. This is great news for you, as it means you don’t have to get a new plant! You will have to harvest and care for the pups, however, and the mother plant will inevitably die.

Timing the harvest can be a little tricky. The longer the pup remains attached to the parent plant, the faster it will mature when planted on its own. On the other hand, removing the pup early allows the parent to focus its energy on producing more new pups. Just remember that they aren’t ready to survive on their own until they reach 1/3-1/2 the size of the parent.

Take a sterilized, sharp knife or pair of scissors and cut the pup off as close to the parent plant as you can without damaging it. If there’s a leafy base shielding the pup, peel that away so that you can get to it easily.

It’s important that the cutting implement be sterilized so as not to accidentally carry parasites or diseases into the plant’s system. It’s easy for this kind of wound to get infected under the wrong circumstances, which could bring both plants to an early end.

Potting the pup may be somewhat challenging, as it most likely lacks a root support system entirely and the cutting you just did to it may leave it vulnerable to infection.

To prevent infection, you can dip the ends in fungicide before potting it. While doing this make sure to apply some root growth hormone as well to help it find its footing.

When potting it, make sure not to try and support it by burying it deep in the medium or applying dirt to its sides. Remember, bromeliads like loose, shallow soil and don’t tend to invest too much into their roots.

Instead, support them using a small branch or wooden (not metal) stake to help it keep its shape as it grows

Caring for bromeliad pups is mostly just like caring for the adult plant. Make sure you put them in a place where there’s enough humidity and sunlight and that their medium isn’t too dense and they should thrive!

While the pups might need a bit more water than the adults, be careful not to overdo it. Keep the soil moist, not quite wet. If there’s too much moisture around its base it can contract rot, which seriously hurts its chances of survival.

Once the plant has grown large enough, you can remove its supports and start treating it like an adult! Congratulations, now you have a brand new bromeliad that will doubtless yield even more new plants in the future. 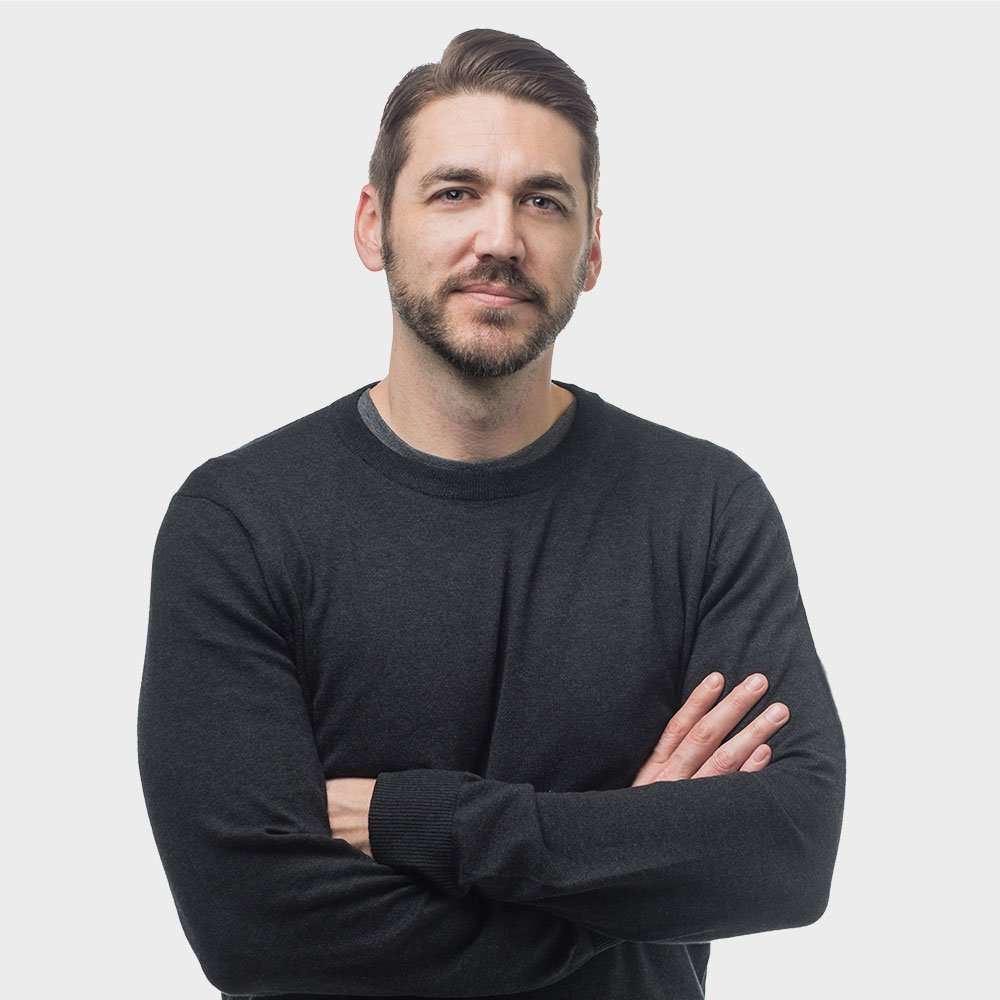 In this blog, I will share my knowledge, offering tips and advice for keeping your plants healthy and happy.